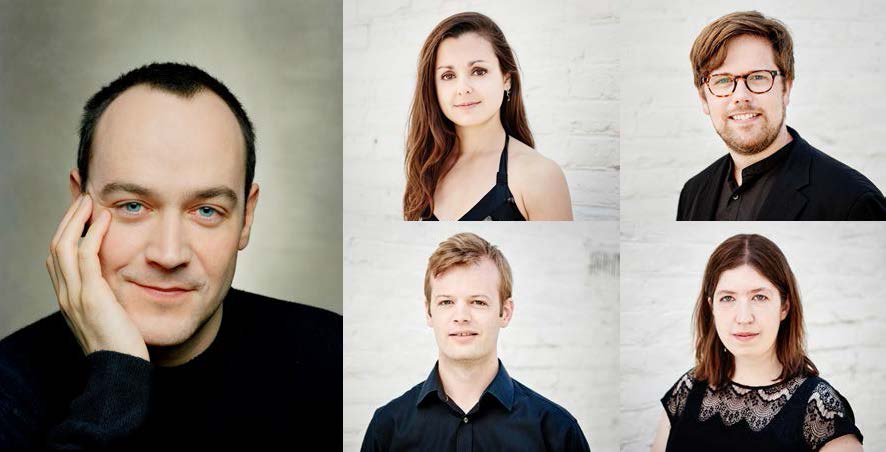 October Concert – Will Be Socially Distanced

Leon McCawley and the Castalian Quartet have agreed to give two performances, offering a programme which comprises:

Formed in 2011, the Castalian String Quartet is one of the rising stars of the string quartet universe. With mixed backgrounds, Icelandic and Welsh violinists, a French violist and an English cellist, they come together as a group who are seen as having ‘a real personality and strong interpretative ideas’ [Guardian].They will play for us Mendelssohn’s last, tough and powerful, quartet, written in memory of his sister, Fanny.

The Castalians are joined by Ilkley favourite, Leon McCawley, a pianist at the peak of his form, to play Elgar’s only piano quintet.This is one of a trilogy of chamber works he wrote in retreat in the Sussex countryside in 1918 and which Lady Elgar referred to in her diary as ‘wonderful new music, different from anything else of his… wood magic’. 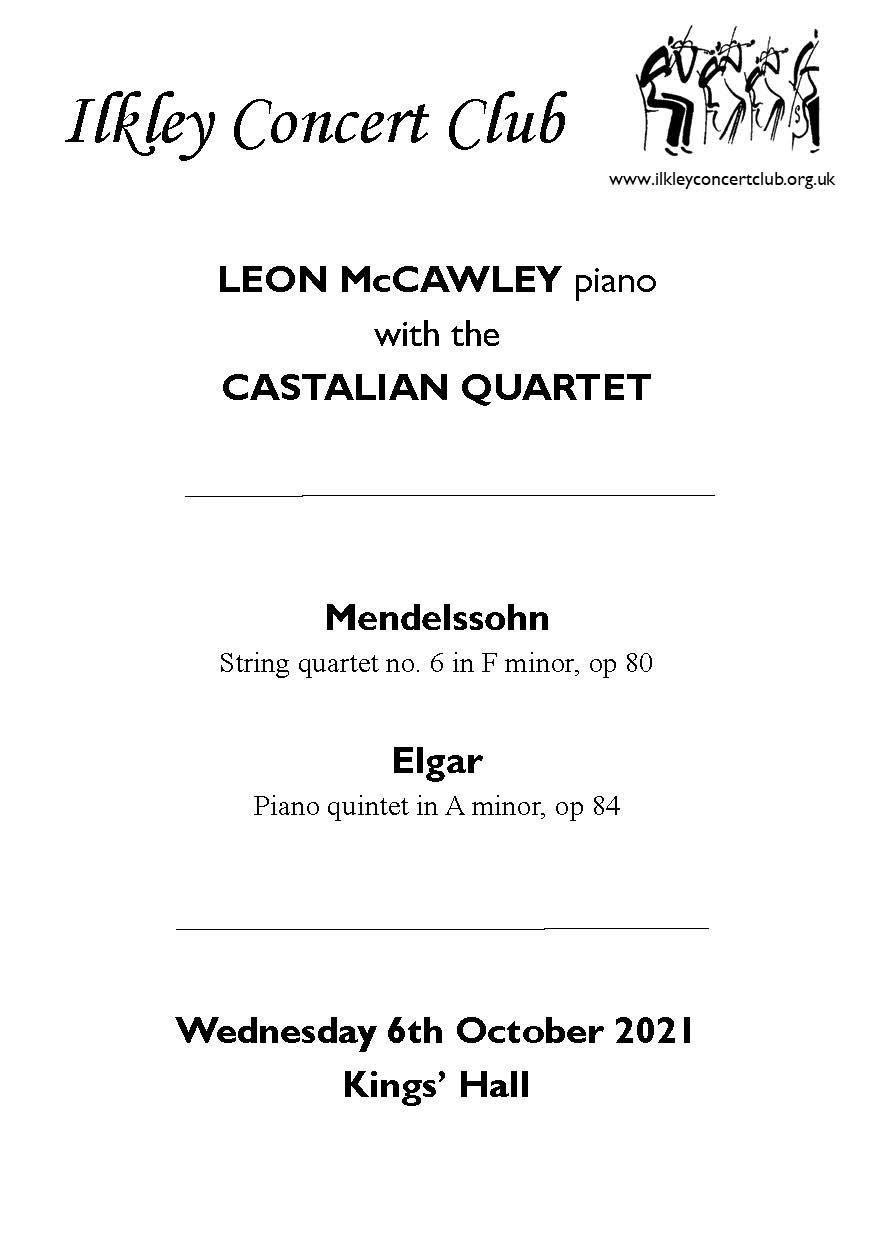 Ilkley Concert Club commenced its new season at the King’s Hall last Tuesday after an absence of nearly eighteen months. And what a return it was!  The Castalian Quartet gave two ravishing and heartfelt performances of late works – Mendelssohn’s F minor string quartet and, with pianist Leon McCawley, Elgar’s piano quintet. The string playing was of the highest standard with a luscious warm tone both in the delicate quieter passages and in the full-throated tuttis and the ensemble playing was superb. This is a relatively young quartet but one that is already among the best. Leon McCawley is always a sensitive pianist and here he judged his role perfectly as a partner to the quartet, only coming to the fore when the music demanded it.

Mendelssohn and Elgar were both known in their day as composers of songs and oratorios. It is then not surprising that the emotional centres of both these chamber works are their slow movements, with wonderful cantabile lines, to hymn-like accompaniments in the Mendelssohn, more contrapuntal writing in the Elgar. They are both also essentially threnodies, Mendelssohn mourning the death of his sister Fanny and Elgar reacting to the national loss of life in the war, whose battles could be heard from his Sussex retreat.

The F minor quartet is not typical Mendelssohn, much darker and Beethovenian, and demands much of its players from the angry tremolos of the first movement through the tricky syncopations of the second and the emotional intensity of the third to the tumultuous finale. It also asks in particular for a virtuoso first violinist and Sini Simonen was completely on top of this challenge. Though little known, the Elgar is one of his finest and most individual works. The first movement with its plainsong and eerie wood magic was an entrancing experience, while the more Elgarian slow movement appropriately wrung the audience’s hearts, particularly with the dark tone of Charlotte Bonneton’s viola solos.

What was most remarkable was that the artists played their programme twice to separate socially-distanced audiences with the playing as spirited and intense on both occasions. No wonder the applause too was undiminished! This was a concert to remember which rightly celebrated the Concert Club’s return.

LEON McCAWLEY piano with the CASTALIAN QUARTET
Scroll to top