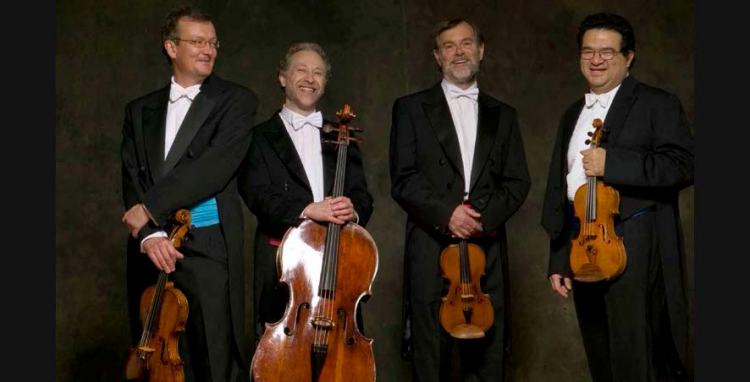 Needing no introduction to Ilkley and now in its 40th, and final, season, the Endellion String Quartet is renowned as one of the finest quartets in the world. Three of the original players continue to be members. As Gramophone stated in 2013: ‘There’s always a feeling when listening to the Endellion that you’re listening to the Urtext method of quartet playing … a uniformity of thought and instinct … allows them to play as a single entity’.

We start with Mendelssohn’s fourth quartet, demonstrating the 28-year-old breaking free from the shadow of Beethoven to achieve his own voice. Beethoven’s op 95 ‘Quartetto serioso’ – the last of his middle-period – follows, with harmonic language prefiguring the developments to follow in the late quartets. Ravel’s early string quartet, although it failed to gain approval from his teachers, won the praise of Debussy, catapulted Ravel to public fame and has remained in the repertoire ever since

“The Endellion is a quartet of the first rank: precision, clarity of articulation, and beauty of sound characterize both the individual playing and the stimulating interplay of the four team-mates.” THE STRAD 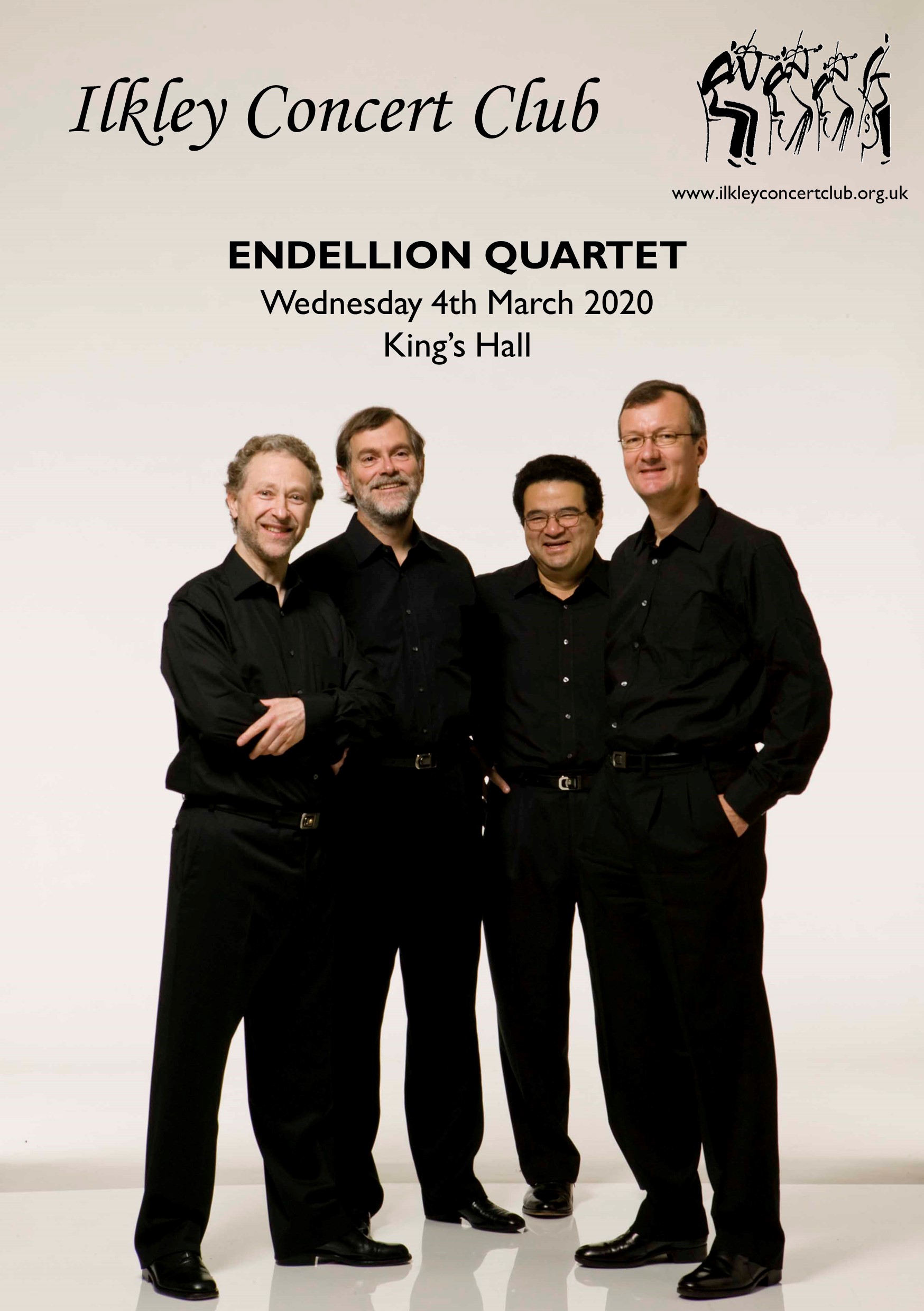 The Endellion Quartet are well known in West Yorkshire for their annual residency at the Leeds College of Music but last Wednesday was only the third time they had played at Ilkley Concert Club in their long career. The warmer acoustic of the King’s Hall suited their understated style of playing well and allowed solo lines to really sing!

First on the programme was the Beethoven op 95 quartet which, alone among his many weighty works, he labelled as ‘serioso’. It received a fine performance, intense in the spiky first movement, sublime in the far-from-slow second, stormy in the scherzo-like third and, in the fourth, by turns dark, angry and almost joyous. Throughout the parts were wonderfully balanced yet the entries in the many passages of counterpoint emerged clearly from the texture to point up the argument.

This was followed by Mendelssohn’s E minor quartet, a work no less serious but more exhilarating, particularly in a performance that took off at quite a pace; fast but not so that any of the semiquavers felt in the least hurried. The Scherzo was also dispatched with appropriate speed added to lightness of touch. Here again the slow movement was the heart of the work with Andrew Wilkinson (first violin), on the principle of less is more, laying his melody so lightly on the accompaniment that it seemed made of the merest gossamer.

The final work was Ravel’s only string quartet with its distinctive harmony and colouration, demanding from the players not only a ferocious technique but the ability to be a soloist one moment and a second later to merge into the accompanying figures. This is where the long experience of playing together gives a quartet like the Endellion the real edge. In a pitch-perfect performance, vastly enjoyed by the King’s Hall audience, I want particularly to commend Garfield Jackson (viola) for his beautiful legato, David Waterman (cello) for his vibrant tone and Ralph de Souza (second violin) for matching Andrew Wilkinson so well throughout.

The Escher String Quartet on BIS 1960 (Hybrid CD @ full price) produce a superbly integrated performance of the work with the usual BIS excellent sound quality.The String Quartet No.12 and an early Quartet in E flat complete the disc. As an alternative, the Aurora Quartet on Naxos 8.550862 (medium price) give a rather more animated performance with the same programme.

The Elias String Quartet are proving very popular with the critics, and their performance of Op.95, coupled with Op.18 No.3 and Op.130, on Wigmore Hall Live-WHLIVE0086/2 (2 CDs at medium price), is no exception. As an alternative on Naxos 8.554181 (medium price), the Kodaly Quartet give a more traditional, but very effective interpretation. Beethoven’s Op.59 No.1 “Razumovsky” completes the CD.

One of the finest chamber music CDs to have come my way over many years, is by the Quatuor Ebène on Virgin 5 19045 2 (full price). The well filled CD is completed by the Debussy and Fauré Quartets. The Melos Quartet Stuttgart provide an excellent alternative on DGG 479 0529. The Debussy and Kodaly No.2 Quartets complete the programme.

LEON McCAWLEY piano with the CASTALIAN QUARTET Scroll to top