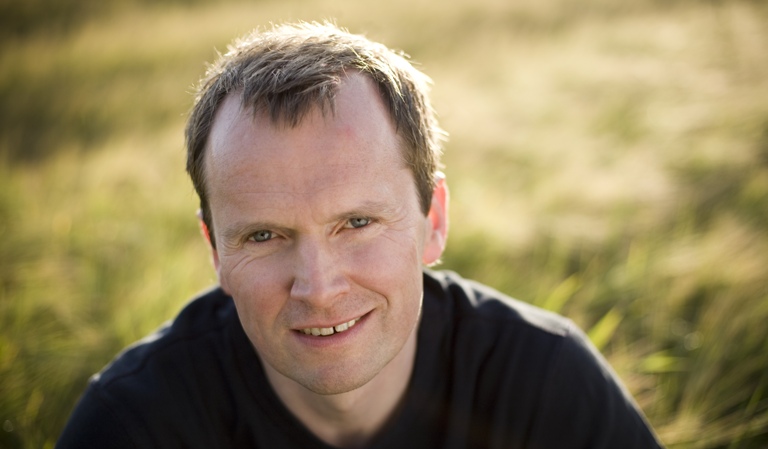 Steven OSBORNE is at home with the widest range of styles and his carefully crafted recital programmes and idiomatic approach to contrasting works are both publicly and critically acclaimed. He is a renowned recitalist and has performed in many of the world’s prestigious venues including the Konzerthaus Vienna, Amsterdam Concertgebouw, and Carnegie Hall in New York where he made his debut in December 2005.

A Marvellous Start to the New Ilkley Concert Club Season

It is usual to start the new Chamber Concert season with a piano recital. But the programme that Steven Osborne brought to Ilkley was far from usual; no Chopin or Liszt, no Brahms or Schumann. He began with Beethoven, but not with one of the sonatas. Instead he gave us two of the quirky Bagatelles, a marvellous aperitif before the main course. Beethoven, for all his loftiness of ambition was a great musical joker and the playing of the second one in particular ensured that we got all the jokes.

The main course was the Schubert Sonata in Bb D.960. It has the ‘heavenly length’ that the composer’s admirers so value, and if there is a heaven then this music surely has its place there. I know some found it overlong despite Steven Osborne’s concern to give the first movement especially a sense of forward propulsion. This is music of an almost unworldly character (heaven again!) so it needs playing that is highly subjective but with a grasp of the structural steel that underpins it. The occasional fortissimo outbursts were emphatically projected and the many moments of quiet suspense were magical.

The playing in the slow movement had an almost 3-D effect, background and foreground with the left-hand over right repeated bell-like notes so effective, even more so at the end when additional deep notes sound like distant artillery. Wonderful – a full house ‘and you could hear a pin drop’.

After all this inwardness the scherzo brings welcome lightness and clarity which the performance provided joyously. The finale starts happily enough with an almost inconsequential tune, but very soon much more powerful ideas emerge and these contrasts were fully explored, the sudden final rush of bravura writing given with appropriate force and bringing a deservedly rapturous response from the audience.

After the interval came five of Debussy’s Préludes. Written for piano they have been recently orchestrated by Colin Matthews for the Hallé, but Steven Osborne’s performances needed no orchestra, the coldness of Footprints in the Snow, the roar of the West Wind, the simplicity of the Flaxen-haired Girl and the Spanish atmosphere of the Interrupted Serenade all marvellously caught.

Then came five more Preludes, this time by Rachmaninov. Their performance puzzled me. The pianist’s Hyperion recording, now re-issued as part of their anniversary top 30, has been highly praised. The Financial Times critic wrote ‘Textures that on the page look impossibly convoluted emerge wondrously clear’, but this was not the case in the King’s Hall. Our splendid Steinway C struggled to cope with a performance that demanded a full-size concert Grand. The encore brought balm, a gentle improvisation, lovely textures and harmonies (and short – eat your heart out Keith Jarrett).