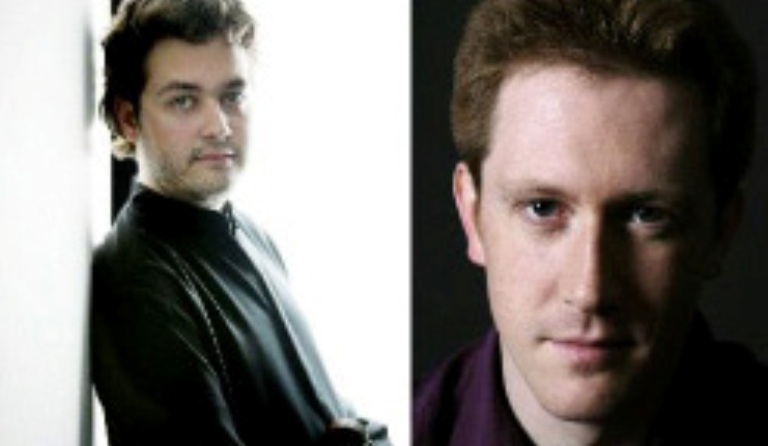 Lawrence POWER is now one of the world’s foremost viola soloists as well as a sought after chamber musician. Couple the viola player of the Leopold String Trio and the pianist of the Kungsbacka trio and you have a recipe for an outstanding concert. These distinguished players have made several recordings together including a highly acclaimed disc of York Bowen’s viola music. As well as two of the classics of the viola and piano repertoire, they will also play Rebecca Clarke’s impressive and passionate sonata. They end with an arrangement of Prokofiev’s immortal ballet music.

A marvellous start to the musical New Year

It was not until the twentieth century that the viola was accorded proper soloist status and violists have often been typified by the cruel (and admittedly funny) jokes that many musicians make about them. The emergence of players such as Lawrence Power, amongst distinguished others, has put paid to any idea of the instrument being a second class citizen. Simon Crawford-Phillips is well known to Ilkley audiences as pianist in the Kungsbacka Trio which has been to the King’s Hall twice and has had rave reviews from me on both occasions. So this was a keenly anticipated concert and one that more than lived up to my high expectations.

They began with Schumann’s Märchenbilder about which Lawrence Power spoke affectionately before the performance. His beautiful viola tone coloured the first movement with the piano very expressive and the instrument’s lid fully open. This only became problematic in the second piece where the easily obscured viola part is often doubled by the piano, a miscalculation by its composer. The gem is the last of the four pieces, the essence of Schumann, serenely done.

We were then introduced to the remarkable Rebecca Clarke Sonata. Although strongly influenced by the music of French composers writing at the time of its composition (1919) it is a strong and individual work that needs to be heard more often. The writing for both instruments is idiomatic and the two parts maintain their independence throughout so that balance seemed never a problem. The opening gave Lawrence Power the chance to display the full-on richness that he can deploy. The light, almost sotto voce scherzo was an effective contrast with lovely use of muted tone. The finale is a complex fantasia-like structure whose often expansive gestures were skilfully balanced by Simon Crawford-Phillips. If these had echoes of César Franck at his most passionate, the piano never became overbearing.

The viola version of the first Brahms Clarinet Sonata was made by the composer and I have to agree with the programme note-writer that ‘it shows perhaps a less sensitive attitude towards instrumental colour’.  Nevertheless it received a very convincing performance, especially in the two more lightly toned central movements. I should admit to a degree of antipathy to the music of Brahms and for me the sun then came out again in Borisovsky’s skilful arrangement of pieces from Prokofiev’s Romeo and Juliet ballet. The two players gave this music their all and never once did I miss the huge orchestra that originally clothed it. Any Sunderland AFC supporter would have been convinced by their playing of the swaggering Montague and Capulet dance. Amidst the final rapturous applause someone said ‘after that, no more viola jokes’ which says it all!