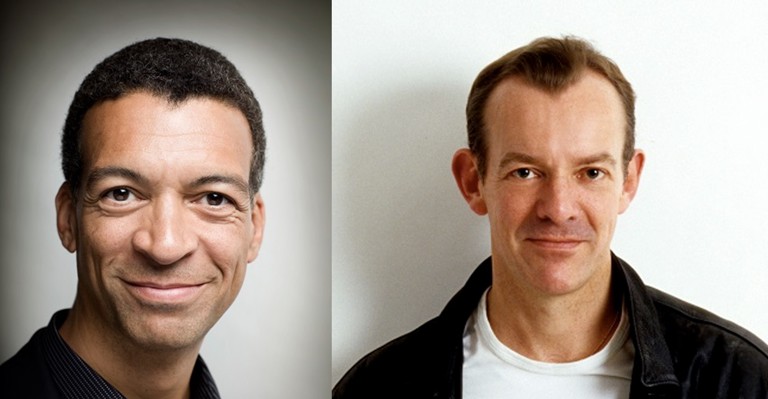 As we know from his previous visit to Ilkley in 2006, Roderick Williams has a beautiful baritone voice and is an accomplished recital artist. Andrew West, a distinguished accompanist, has performed with Roderick in many recitals.

Almost all these composers and poets lived in the shadow of the two World Wars. The title of the programme is taken from Saxton’s new song cycle based on poems by the composer about childhood memories of the Norfolk coast. Britten’s famous folk song settings then lighten the mood. The recital ends with Gerald Finzi’s settings of poems by Thomas Hardy. Both voice and piano parts combine Finzi’s unique ecstatic and rhapsodic music with his acute sensitivity to the rhythms and inflections of the words.

A Wonderfully Communicative Song Recital at the Ilkley Concert Club

From the moment Roderick Williams came on stage he captivated us with his engaging smile, his eye contact so it seemed with every audience member, and his glorious warm baritone voice that filled the hall effortlessly. I must confess that twentieth century ‘English song’ is a far from favourite genre of mine, perhaps I’ve heard too many tasteful ‘gentlemanly’ performances. But his imaginative response to this apparently restricted emotional world converted me to their cause, aided and abetted by Andrew West’s skilful accompanying; hypnotic in Butterworth’s On the Idle Hill of Summer, busy but never overwhelming in Vaughan Williams’ The Water Mill.

They gave the premiere of Robert Saxton’s song cycle Time and the Seasons six months ago in Oxford where it received an enthusiastic review from The Times music critic. Whilst being clearly music of our time it presents no difficulties for the open-minded listener. Saxton’s settings of his own texts are very illustrative and varied, catching the bleakness of winter, the warmth of spring and so on in a very distinctive way. The performers responded acutely to this colourful music: the monotonous bleakness of winter, the lightness of spring and the final song which moves from darkness to joy on ‘you laugh’.

Unlike the Saxton cycle, Gerald Finzi’s Before and after Summer has no narrative structure, it is just a collection of songs gathered together with texts by Thomas Hardy, lasting over half an hour. Such was the conviction of the performance that the experience was constantly gripping, whether in the drama of Channel Firing, the contrasting moods within songs as in The Self-unseeing or the bleakness of He Abjures Love. No printed texts were supplied but the clarity of Williams’ diction and his acute response to the words rendered them unnecessary.

A memorable event that raised the bar for future song recitals.

I can recommend two budget 2 CD sets with a great variety of songs , performed by some of the best known British singers and accompaniment. “The Very Best of English Songs” is a Warner/EMI compilation with the reference number 5 75926 2. The Naxos set “English Song” has rather more modern recordings on 8.557559-60. Both sets are sure to give a great deal of pleasure.

This is a relatively new work and there are, at present, no commercial recordings.

Tonight’s singer has made a number of recordings of English Song, and there are some of the Britten settings on Naxos 8.572600 (mid price). The pianist is Iain Burnside, and the performances and recordings are excellent. Britten’s “Songs and Proverbs of William Blake” and “Tit for Tat” are the couplings. Peter Pears and Benjamín Britten, the original performers, give a more extended selection of songs on Australian Eloquence ELQ 4672362 (mid price), where the older recordings sound very well indeed.

Mr. Williams and Iain Burnside have made a lovely recording of this piece on Naxos 8.557644 (mid price). Finzi’s “I Said to Love” and “Let us Garlands Bring” complete this superb disc.