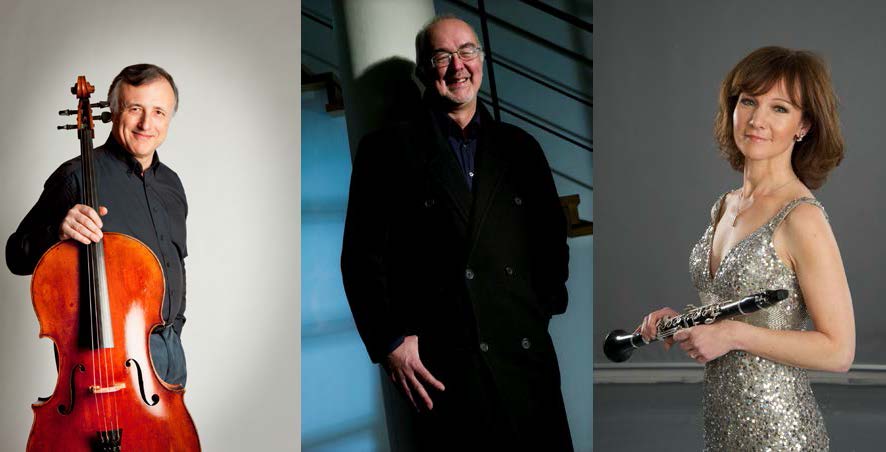 November Concert – Will Be Socially Distanced

This concert brings together three well-loved musicians, soloists in their own right, to make music. Emma Johnson and Raphael Wallfisch, both returning to Ilkley after long absences, are joined by regular Martin Roscoe.The concert is framed by French examples of that rare beast – the clarinet trio. Louise Farrenc’s music is becoming better known and her 1861 work is a welcome addition: Fauré’s is a late work of 1923. Both are lyrical and virtuosic, showing the change in harmonic language over 60 years.

For the filling in the sandwich, Emma Johnson puts her sheer beauty of sound and technical finesse at the service of Bax’s elegaic two-movement sonata. Martin Roscoe, at the piano throughout, demonstrates once again his versatility, musicianship and rapport with audiences and fellow musicians alike. 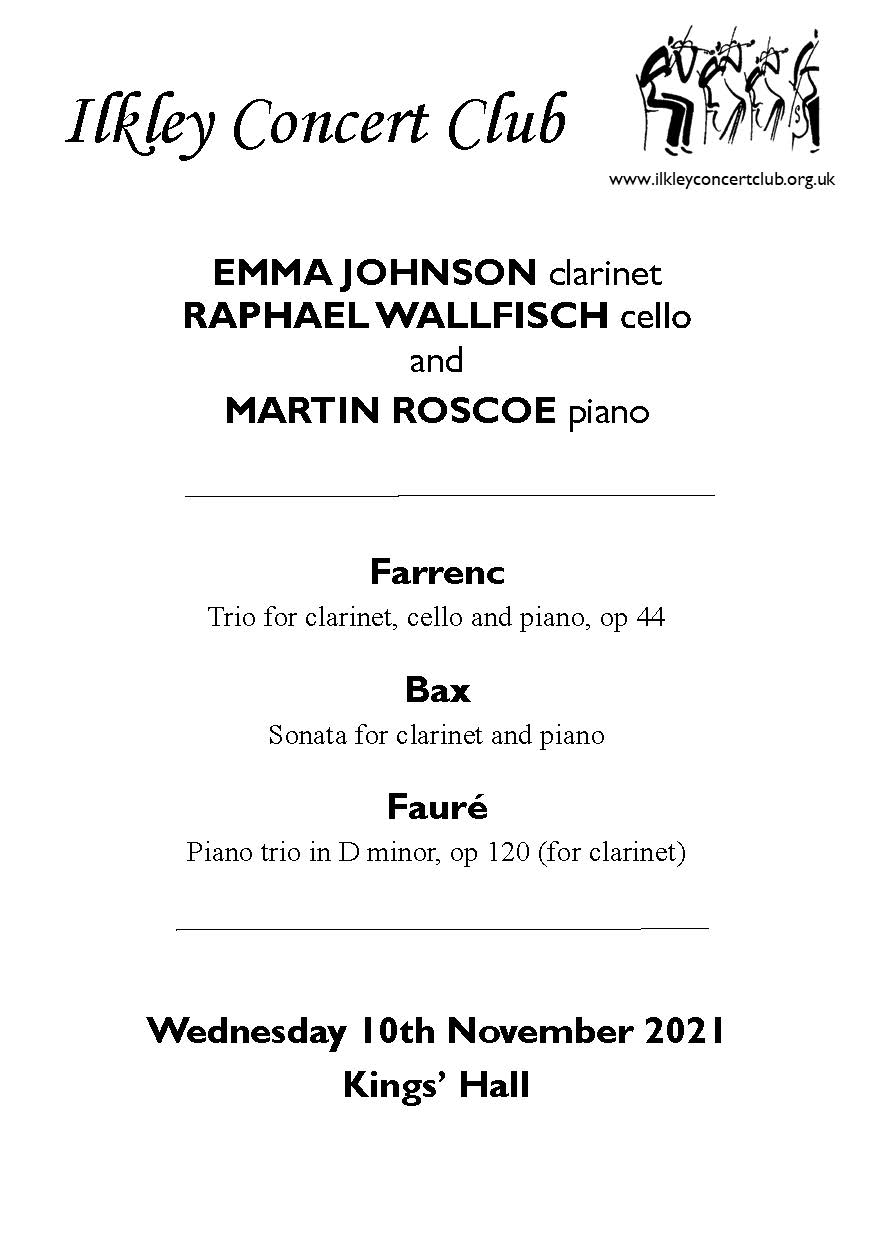 It is a special experience when renowned soloists come together to make music. Such was the atmosphere in the Kings Hall for the performances given by Emma Johnson (clarinet), Raphael Wallfisch (cello) and Martin Roscoe (piano) for the Concert Club’s second outing of the season. They had chosen a programme of little-known works which held both the audiences for the two socially-distanced concerts spellbound.

Louise Farrenc’s music is steadily joining the mainstream after nearly 150 years of neglect. Her clarinet trio is an enchanting work, full of lyrical tunes and contrapuntal ingenuity but with plenty to challenge the performers, particularly in the piano writing. Martin Roscoe was fully up to the challenge, as was Emma Johnson in the virtuous clarinet passages in the final two movements. Emma is not a showy performer and her sensitivity and that of Raphael Wallfisch on cello gave a gossamer lightness to the quiet passages. This was true chamber music.

Emma took centre stage to play from memory Arnold Bax’s clarinet sonata, a piece she clearly loves. The first movement has a celtic pastoral feel while the second starts off more spikely with repeated notes alternating with florid passage work but transforming in the later sections into more yearning melodic writing. Both Emma and Martin made this a performance to remember.

The trio reassembled to play Fauré’s only piano trio, with clarinet substituting for the more usual violin. In contrast to the Farrenc this is a piece in which the clarinet and cello playing together, rather than in imitation, is at the heart of the work. This is never more so than in the wistful central Andantino – the still centre of the work – to which Emma and Raphael gave a tender lyricism. The dazzling finale brought the piano again to the fore while the clarinet and cello continued their conversation if more insistently. Again, all three players impressed with their musicianship and ensemble.

Both performances were greeted by very warm applause which was answered with an encore of Fauré’s Sicilienne to round off a delightful evening.