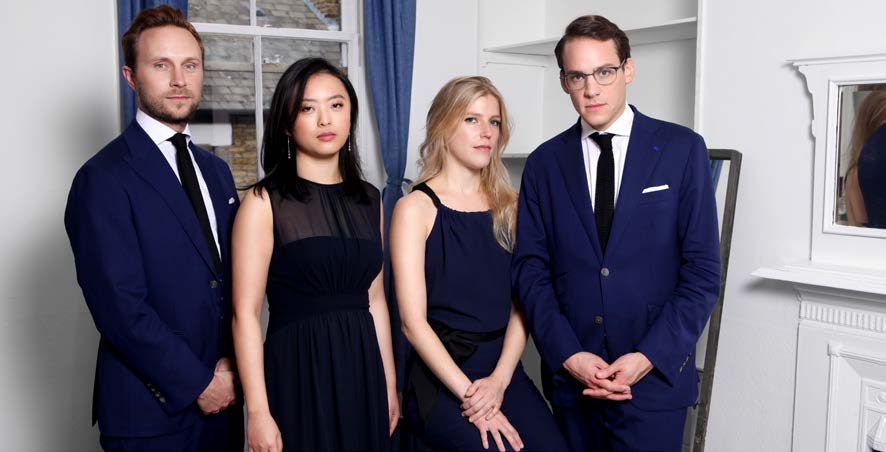 December Concert – Will Be Socially Distanced

The Doric String Quartet will be playing:

Formed in 1998, the Doric Quartet is now firmly established as one of the leading quartets of their generation: they have been Teaching Quartet in Association at the Royal College of Music since 2015.

Their programme begins with the second of Haydn’s ‘Prussian’ quartets, the first set he had written since being presented with Mozart’s ‘Haydn’ quartets, and more serious and experimental than previous sets. Beethoven’s last quartet is by far the most approachable of his late quartets, on a smaller scale and, in the scherzo, full of rhythmic humour. The finale even has a joke title — The Difficult Resolution — about which Beethoven gave at least two different explanations! 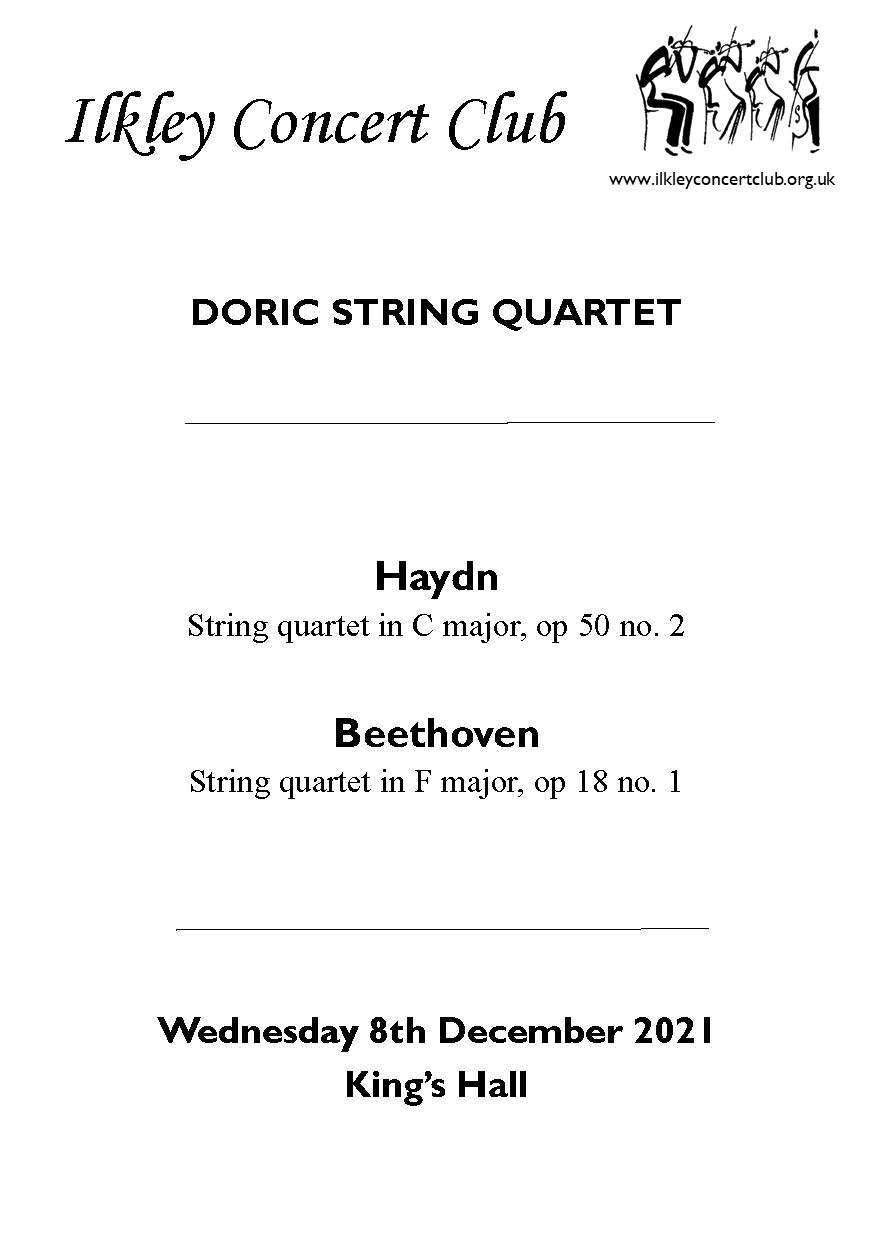 There are times when superlatives are simply not enough to describe a musical experience! This was definitely the case with the two socially-distanced concerts given by the Doric Quartet at the Ilkley Concert Club on Wednesday. All string quartets have their own character but that of the Doric is highly distinctive – it feels as if they are creating the works for the first time or reimagining them specially for the occasion. It is obviously partly due to the individual talents of the players and to the quality of their musical relationships but also to a certain puckish sense of humour which enlivens the performance. Rarely if ever have I heard such an amazing variety of string tones and dynamics, from perfectly executed runs of gossamer lightness to the gutsy drone of a village band. Their pianissimos were a marvel and their beautifully graded crescendos a wonder!

On the stage nothing could be further from the stereotype string quartet, the players in constant movement in response to the music and each other. Alex Redington (violin) appears to be the still centre, with immaculate technique and a sweet unforced tone, with Ying Xue (violin) as his earthier but nonetheless skillful twin. John Myerscough (cello) is the engine of the quartet, all mercurial energy, and Hélène Clement (viola), seated unusually opposite the first violin, provides a sound which is by turns light as a violin and dark as a cello. It is a remarkable group!

The programme combined the second of Haydn’s ‘Prussian’ quartets, opus 50 with the first published of Beethoven’s quartets, opus 18 no. 1, written only 10 years apart. The Doric made a good case for the similarities between them: the hesitant openings of the first movements and the lyrical tenderness of the slow movements, all simplicity in the Haydn and tragedy in the Beethoven. Both the third movements were clearly dances, minuet contrasting with ländler, and the finales, with playful interactions between the parts, also set Haydn’s mastery of sonata form against Beethoven’s more wayward energy.

These works could be seen as staple string quartet fare but in these performances were magically transformed into riveting musical experiences which truly deserved the generous applause of an inspired Ilkley audience.