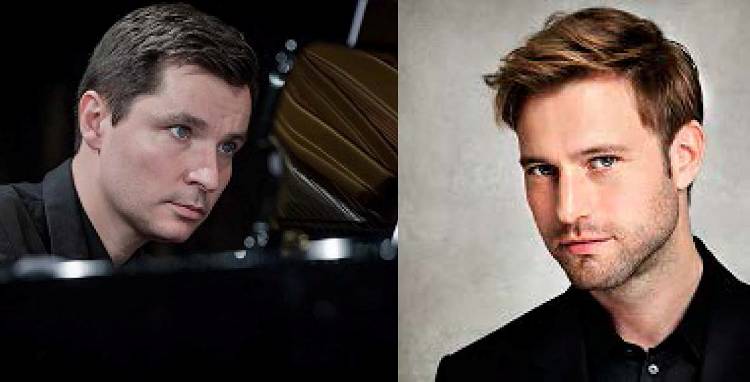 January Concert – Will Be Socially Distanced

Benjamin Appl and Simon Lepper will be playing:

Benjamin Appl was Gramophone magazine’s Young Artist of the Year in 2016. He has appeared at major European venues, becoming an exclusive Sony classical recording artist in May 2016. His duo partner, the much sought-after pianist, Simon Lepper, has, since 2013, been an official accompanist for the BBC Cardiff Singer of the World Competition.

Their recital takes the theme of the Wanderer and combines Vaughan Williams’ 1904 settings of Robert Louis Stephenson’s poems – ‘Songs of Travel’ – with Mahler’s ‘Songs of a Wayfarer’ from twenty years before. Although both cycles hymn the delights of being free amid the glories of the natural world, Stephenson’s traveller is more phlegmatic than the tortured and deserted lover of Mahler’s songs, whose character relates back to the spirit of the romantic verse which Schubert sets in the opening collection of lieder. 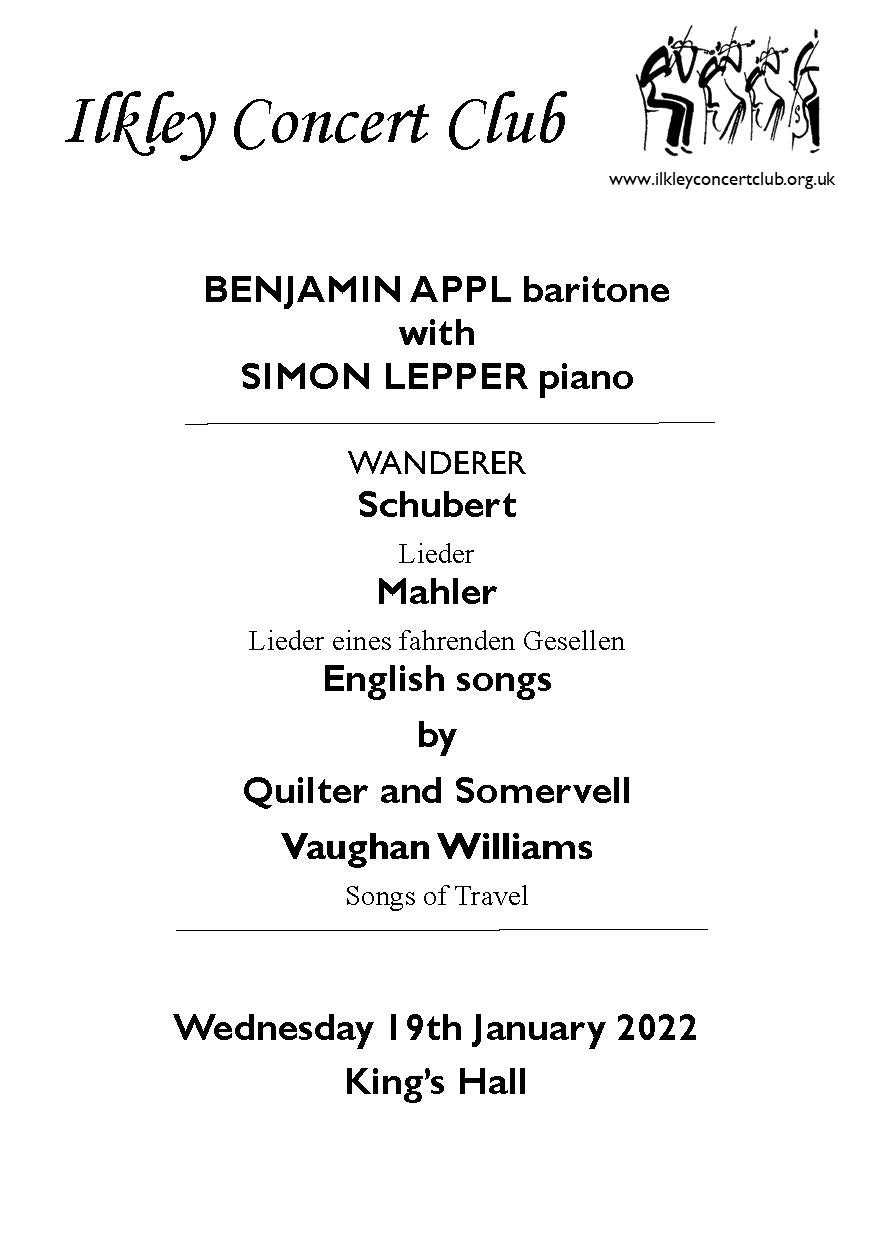 A masterclass in inspired singing

The German baritone, Benjamin Appl, was the soloist at the first Ilkley Concert Club concerts of the New Year. He is equally at home in German lieder and English art song, and his programme, entitled ‘Wanderer’, combined two major song cycles from the years around 1900 which illustrate the theme and provide an interesting contrast between the two traditions. He was accompanied by Simon Lepper, one of the very best pianists dedicated to partnering singers, and the Ilkley audience was treated to an emotional masterclass in the combination of words and music.

Appl’s voice is an amazingly flexible instrument, capable of the lightest of pianos as well as vibrant fortes: the top of his register has tenor-like qualities which descend to a rich dark baritone. This variety however is always at the service of the text and the composer’s art. This was amply illustrated in the first group of Schubert songs. Das Wandern , was presented with each verse carefully characterised with a different vocal timbre; Der Wanderer an den Mond with smooth clear tone reflecting the moonlight theme; and Goethe’s wonderful lyric – Wanderers Nachtlied – was delivered with a soulful true legato.

Mahler’s Lieder eines fahrenden Gesellen, which followed, is a real tour de force for the pianist which Lepper took in his stride, producing a dazzling range of orchestral colours from the instrument. Appl’s performance convinced you that the emotions truly belonged to the journeyer of the title, with all the appropriate highs and lows. The text, which can seem overblown to the English audience, with its chirps, tinkling bells and cries of ‘Woe’, was presented simply and effectively with wonderfully illustrative variety of tone.

After songs by Somervell and Quilter – a magical account of ‘Now sleeps the crimson petal’ – Appl and Lepper gave a magnificent performance of Vaughan Williams’ ‘Songs of Travel’. Robert Louis Stevenson’s traveller is a more down-to-earth chap than Mahler’s, more resolutely positive, and Appl captured this to perfection. But there was room as well for inspiration and wonder in the emotional heart of the work – ‘The infinite shining heavens’ was the rapturous high point of this journey. Altogether a true feast of vocal music!