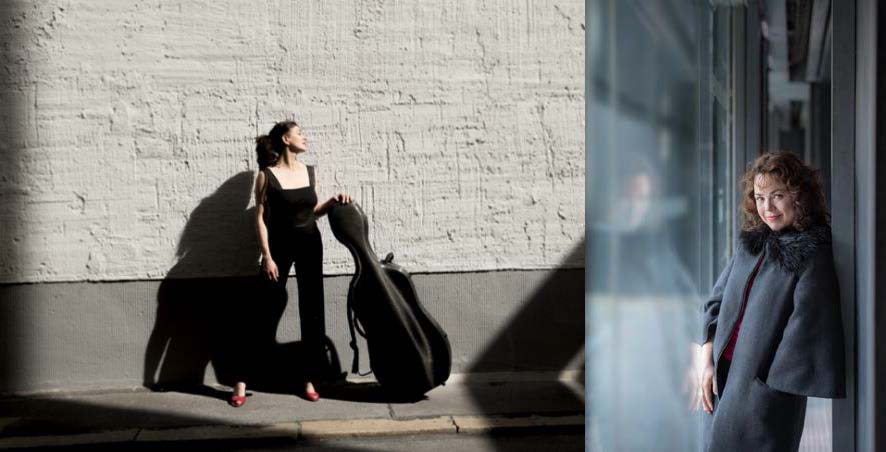 February Concert – Will Be Socially Distanced

The programme to be played by Natalie Clein and Katya Apekisheva will be:

Schubert: Sonata for Arpeggione and Piano in A minor, D821

Described by the Times as ‘mesmerising and soaringly passionate’, British cellist Natalie Clein gained the attention of the musical world at the age of 16 when she became BBC Young Musician of the Year. Since then she has built a distinguished international career. Russian-born Katya Apekisheva, a prizewinner at the 1996 Leeds International Piano Competition, has received great critical acclaim as both soloist and chamber musician.

Natalie’s performance of the Rebecca Clarke sonata has been described as ‘moving in sweeping arcs of emotion’. The Bloch, also calls for expressive tenderness and intensity, so much a hallmark of her playing. 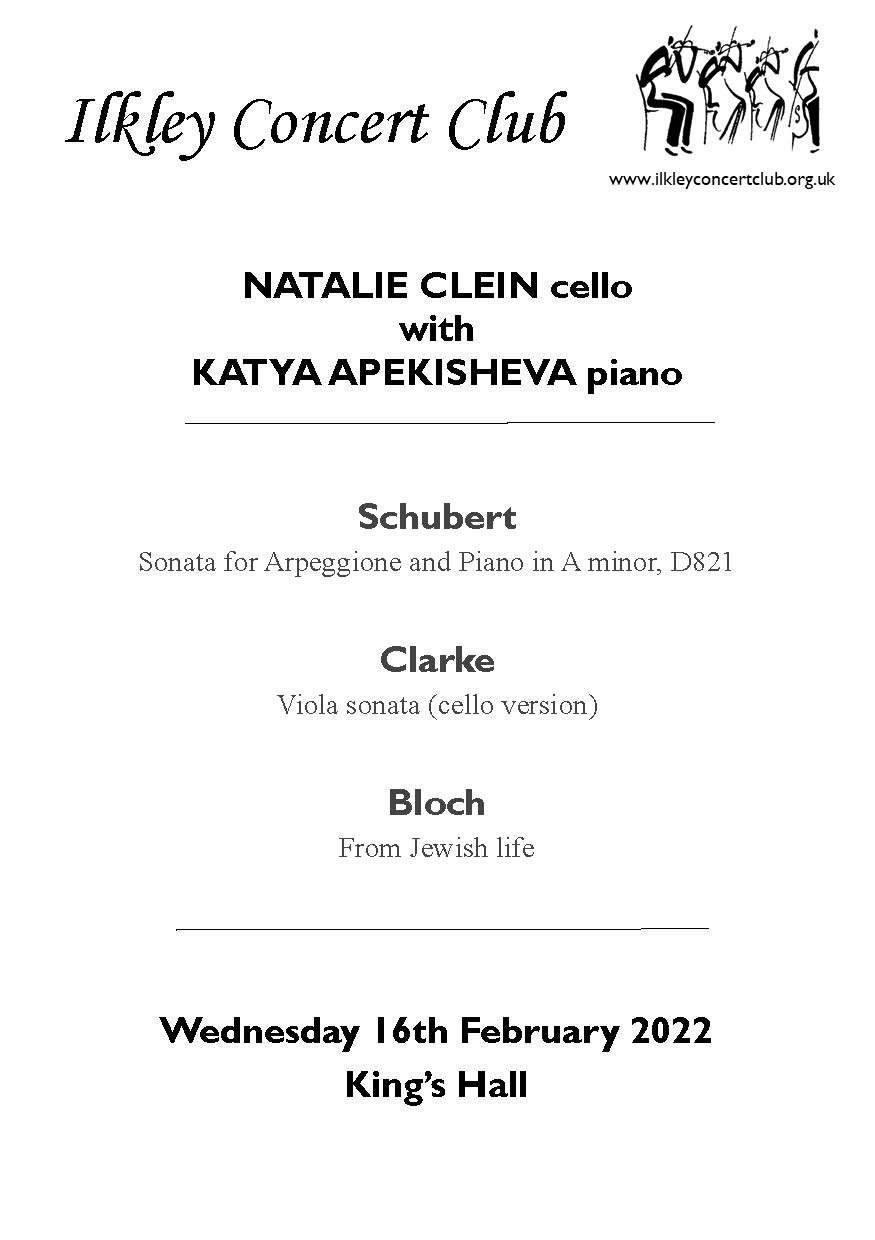 Members of Ilkley Concert Club had waited a long time for a third visit from the cellist Natalie Clein who first played at the Kings Hall in 2007. This, further delayed by the pandemic, took place last Wednesday as two socially-distanced concerts.  Natalie is a consummate artist with a ferocious technique whose playing is characterised by its emotional intensity. She is also proud of her Jewish ancestry and this was brought to the fore in her performance of Ernest Bloch’s three scenes ‘From Jewish Life’. Natalie’s beautiful singing tone brought out the mournful aspects of the modal melodies particularly in the final ‘Jewish song’ with its exotic quartertones.

Natalie has championed the music of the 20th-century violist and composer, Rebecca Clarke, even making her own transcription of the viola part of Clarke’s sonata of 1919, which formed the centre-piece of the programme. This presents considerable challenges not only for the soloist but also the pianist, on this occasion Katya Apekisheva, vastly accomplished in her own right. The partnership achieved a fine performance of this powerful work, once thought too complex to have been written by a woman and still not easy to take in at one sitting. Katya was excellent in the Debussy-like accompaniment of the frenetic scherzo which also called on all Natalie’s virtuosity and they both responded wonderfully to the long modal melody that permeates the final Adagio.

The Schubert ‘Arpeggione’ sonata might be thought to offer a contrast to the two 20th-century works, with the players committed to evoking the sound of the original guitar-viol hybrid and its accompanying fortepiano. In this they succeeded, making us listen anew to the music, Natalie again responding to the challenging cello part with confidence. However, it was the players’ emotional responses to Schubert’s mercurial changes of mood, particularly in the final rondo, which created for a grateful audience a vastly satisfying performance of this great work.