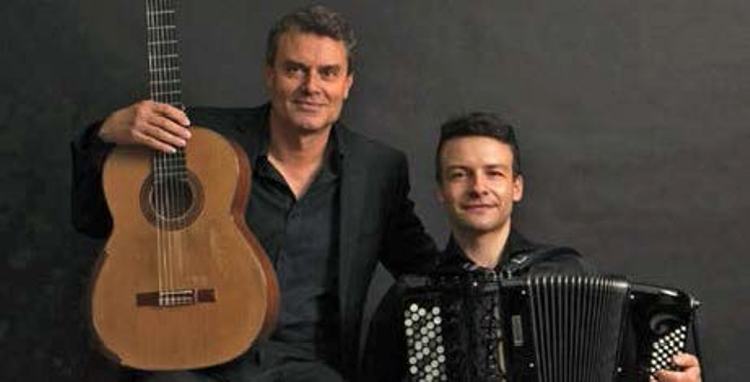 Australian born Craig Ogden is one of the most exciting and recorded guitarists of his generation. He has a huge following and is one of Classic FM’s most played artists. He is Head of Guitar at RNCM and Visiting Lecturer at London’s Royal College of Music. For his second visit to Ilkley he is joined by Serbian-born classical accordionist, Miloš Milivojević. An ambassador for the classical accordion, Miloš is widely known for his versatility in different genres, including classical, tango and world music, which has ensured he is in international demand.

They play a programme which ranges from the baroque to the modern and geographically from Argentina and Paraguay to the Czech Republic and Soviet Russia. As well as hearing both our players as soloists. we shall enjoy works both arranged and written for the unusual combination of guitar and accordion

“A hurricane of imaginative invention.” THE TIMES [Milivojević] 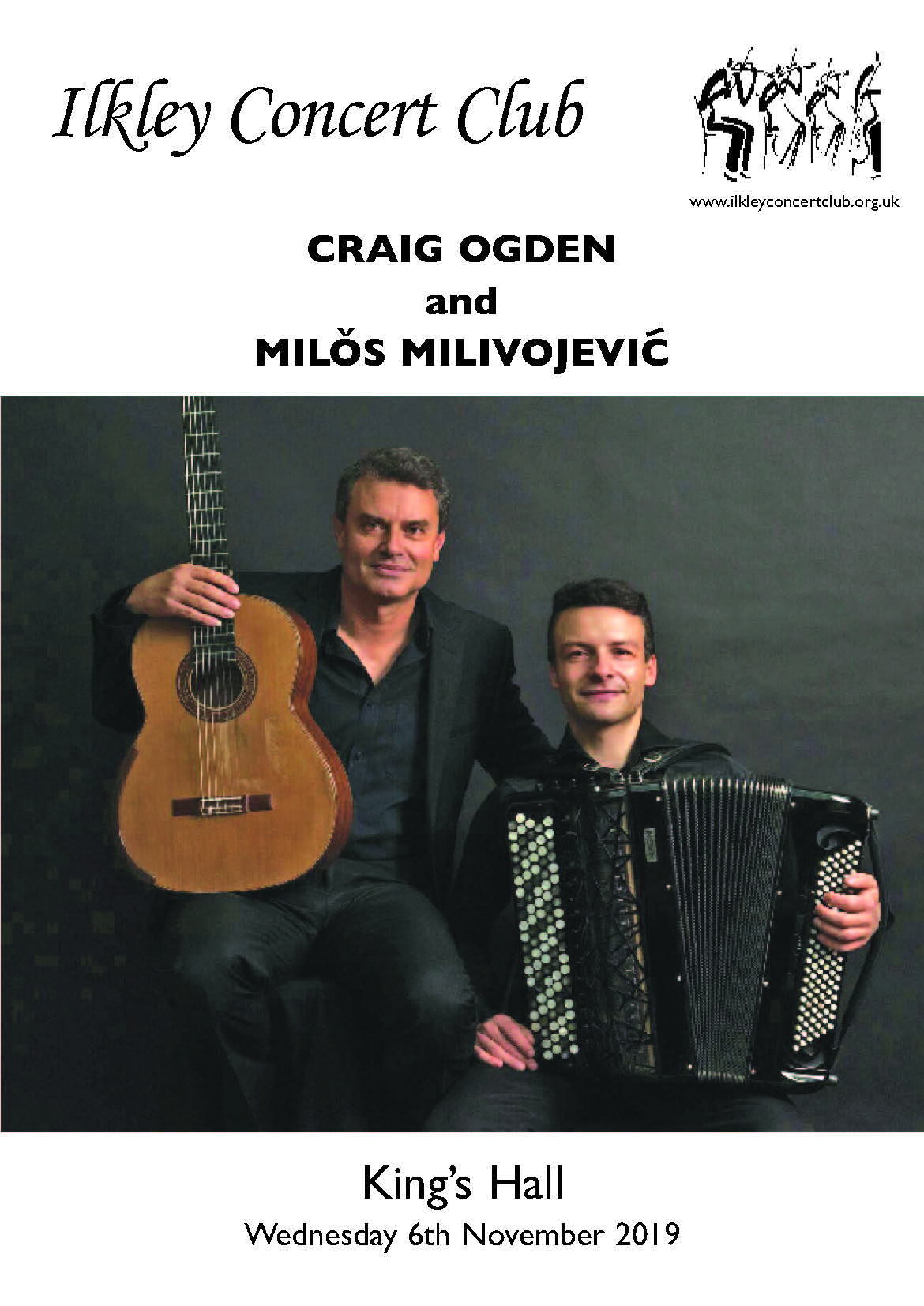 Virtuosi of the guitar and accordion

The return of Craig Ogden, the well-known guitarist, to Ilkley Concert Club has been long awaited. For last Wednesday’s concert he appeared alongside Miloš Milivojević, classical accordionist. The programme started with an arrangement for both instruments of Vivaldi’s lute concerto in D, often heard on the guitar. The accordion accompaniment worked better in the sustained chords beneath the lyrical solo in the slow movement than for the outer fast movements, where one missed the attack of Vivaldi’s strings. The following three pieces in tango style by contemporary Italian composer, Matteo Falloni, allowed both instruments to show their strengths, Miloš Milivojević producing beautifully soft sustained tone in the melancholy central piece, Jewel.

After an excellent informative talk about his instrument, Miloš performed a solo suite by Viktor Vlasov which brilliantly illustrated some aspects of life in the Soviet Gulag of the 1930s-50s. To say that we were wowed by the virtuosity of the playing would be a complete understatement! We heard the wind blowing through the birches, the tramp of marching feet, the sawing of timber and scarcely believed that these sounds could be conjured from the accordion! In a series of almost cinematic musical sketches, which in ambition reminded me of the Mussorgsky Portraits at an exhibition, Miloš laid bare the experience of the Gulag and completely won over the audience.

The second half began with guitar solos from Craig Ogden – two harpsichord sonatas by Scarlatti with the complex passagework brilliantly and lightly played, more audible than on many harpsichords, followed by Coste’s Fantasie and Barrios’s Vals, both virtuoso pieces, the second the more approachable with its easy flowing style. Miloš Milivojević then returned to the stage and the concert concluded with Boccherini; an eerie, discordant but not unattractive piece by the Czech Jan Truhlář; and a version of Astor Piazzolla’s famous Libertango which was elaborately improvisatory and allowed both players amply to demonstrate their skills.

This was an outstandingly enjoyable concert played by two true virtuosi on an intriguing combination of instruments. One can only join the players in wishing that there were a larger repertoire for them by composers whose talents match those of these wonderful musicians.

As there are hardly any of tonight’s works in the instrumental combination of guitar and accordion, I shall only recommend two recordings which feature tonight’s artists.

First, a CD from ClassicFM-CFMD 39 (full price) which has Craig Ogden as soloist, and in combination with other artists, and includes Piazzólla’s Libertango with Milos Milivojevic. The repertoire, over 17 tracks, is extremely varied.

“Accord for Life” is the title of the other disc from Nimbus Alliance-NI6370 (medium price), with Milos Milivojevic on solo accordion, in works by Domenico Scarlatti, Mendelssohn, Bach,Vlasov, Angelis, Semenov, and Sarasate. The recording quality is excellent.