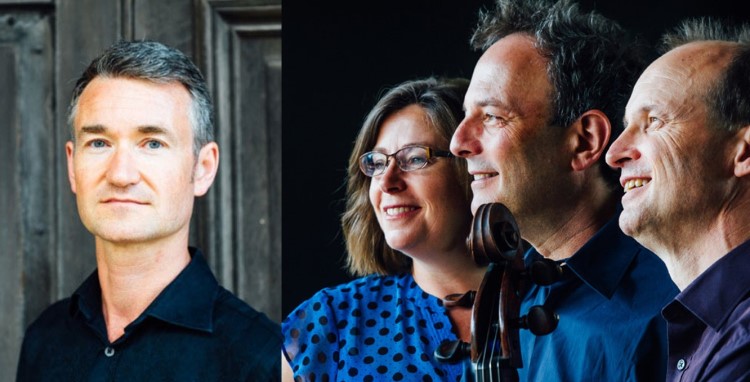 Messiaen   Quartet for the End of Time

The Gould Piano Trio has been at the forefront of the international chamber music scene for over a quarter of a century, having an equally long partnership with highly acclaimed clarinetist Robert Plane. Now comprising violinist, Lucy Gould, cellist, Richard Lister, and pianist Benjamin Frith, the Goulds — and Robert — have a warmly sympathetic artistic rapport, strengthened by ties of family and friendship.

Mozart’s last piano trio, probably written for amateur players, is elegant and charming. This is followed by Ravel’s only trio, written in a mad hurry in anticipation of war service in 1914, but a true sonata for three instruments on a classical model.Messiaen was a prisoner of war in 1941 when he wrote the quartet for his fellow prisoners to perform. Written in Messiaen’s highly individual style and inspired by a passage from Revelations, this piece is not what we expect of a quartet: only four of its eight movements use all four instruments,
others are solos, duets or trios. 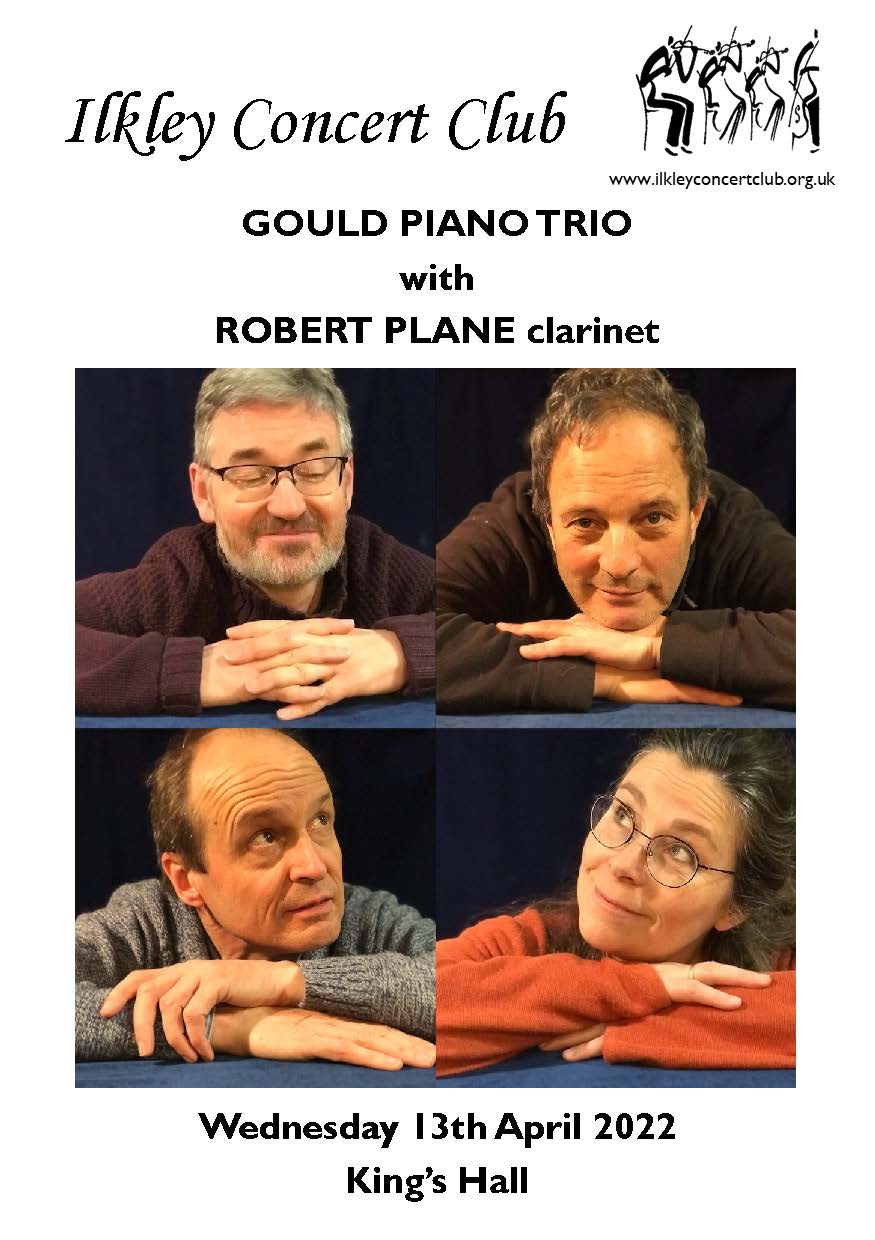 A committed display of musicianship

The Gould Piano Trio performed a varied and challenging programme for the Ilkley Concert Club audience on Wednesday night. First came Mozart’s final piano trio, K564, showing off the players to good advantage. The crisp light-textured playing of the strings complemented perfectly the sparkling lines of the piano, evoking the lighter sound of the fortepiano. The characterful interplay between the instruments, particularly in the central set of variations, was excellently done. This charming and tuneful piece provided a delightful curtain-raiser.

Ravel’s piano trio, finished in 1918, is a more heavyweight and complex work which demands technical virtuosity of the players while being immediately accessible to the audience. The emotional heart of the piece is the third movement passacaille in which a vaguely modal theme travels slowly from the very bottom of the piano to be taken up by the cello and piano in turn and returns again to the piano. In this, as well as the more gossamer textures of the finale and the complex Basque dance rhythms of the earlier movements, the Gould performed magnificently, bringing both nimble movement and orchestral intensity of sound.

But all this was leading up to the final work – Olivier Messiaen’s extraordinary masterpiece, the Quartet for the End of Time, for which the trio were joined by Robert Plane on clarinet. It is amazing that a work, now over 80 years old, can still sound so strange and opaque that it divides audiences sharply – some being captivated by Messiaen’s unique sound world while others find it incomprehensible. Robert Plane was superb in the first and third movements, with their characteristic bird calls, and produced extraordinary crescendi which started from nothing. Richard Lester gave a wonderfully lyrical performance of the cello threnody in the fifth movement, Lucy Gould’s violin soared beautifully to the invisible heights in the final evocation of eternity and, anchoring the whole piece, Ben Frith played the complex rhythms and awkward chords of the piano part supremely well. Nothing better showed the commitment and excellence of the group than the crisp playing of the jaggedly placed unison chords in the Dance of Fury. They dedicated every ounce of their musicianship to bring the piece to life, acknowledged by the generous applause from the lovers and haters alike in the King’s Hall audience.